Climate Camp – How was It For You? 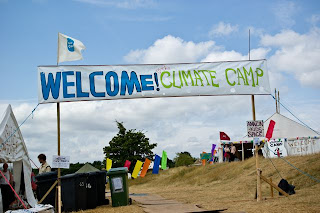 Stand-out memories for me: 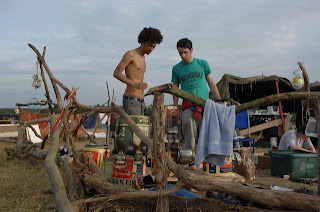 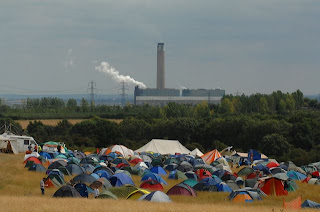 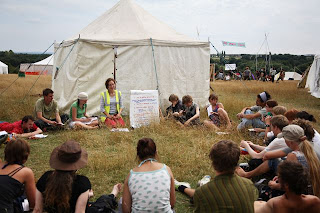 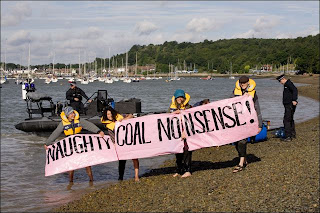 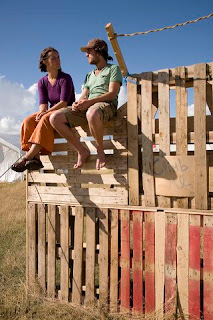 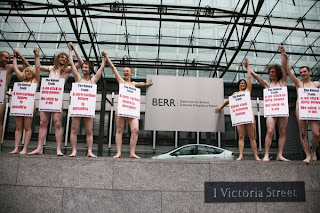 One fact that I currently love is that despite the extraordinary provocation, all of the 2,500+ people who came to the camp and on the action remained non-violent throughout. You can guarantee that if there was a single bit of evidence of anyone fighting back against the police, the cops would have plastered it all over the media by now – but no. The only “violent clashes” (how the media love those words) that we’ve seen anywhere have been police trying to break (unlawfully) into a peaceful, legal camp, and attacking unarmed people with batons and pepper spray. There were a few “scuffles” (another favoured media term) on Saturday, as people were whacked by the cops as they did dangerous things like walking towards a power station carrying a banner, or trying to climb over a fence, but again there was only peaceful resistance from the campers. The term the police use for this is “obstruction”, and it’s no surprise that this was the most common thing that people were arrested and charged with – 25 arrests out of 132, and 21 charges out of the 50 charges we know about (I’m thinking about publishing a summary arrest list here if I can get hold of the relevant information).

That’s right – the supposed “hardcore, violent minority” that the police love to talk about didn’t show up. Again. For the third year in a row. Instead, we had thousands of peaceful and committed people taking meaningful action for climate sanity and global justice.

The Camp for Climate Action is holding a “What Next?” meeting in on the 26th – 28th September. It’s open to all, and it should be great. I’ll post more details here when I have them. 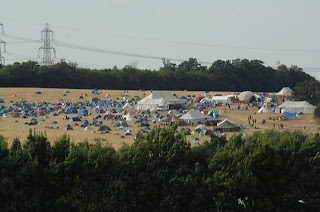 (All photos taken from the Climate Camp website - loads more can be seen here.)
Posted by Danny at 04:42