I've been shortlisted for an award!


Ooooh - I've just learned that my show, "Arrest That Poet!", has been shortlisted for the Edinburgh Fringe Sustainable Practice Award. This award, supported by the Centre for Sustainable Practice in the Arts and Creative Carbon Scotland, aims to highlight and celebrate artists who are engaging with the topic of climate change in creative and innovative ways.
Here's the full press release about my show. If you're in Edinburgh this year between the 2nd and 13th of August, it would be brilliant to see you there! It would be especially nice to get a good crowd on the 13th, when the award's "assessors" will be coming to watch the show...

ARREST THAT POET!
At last, a performer with conviction(s)
Have you ever climbed up a power station, D-locked yourself to a construction company’s staircase or been sued for £5 million? Until recently, slam poet Danny Chivers certainly hadn’t. So how did a quiet boy from Bristol end up being spied on by undercover cops, battling criminal charges and trying not to thump Richard Madeley, all in the name of a safer planet? 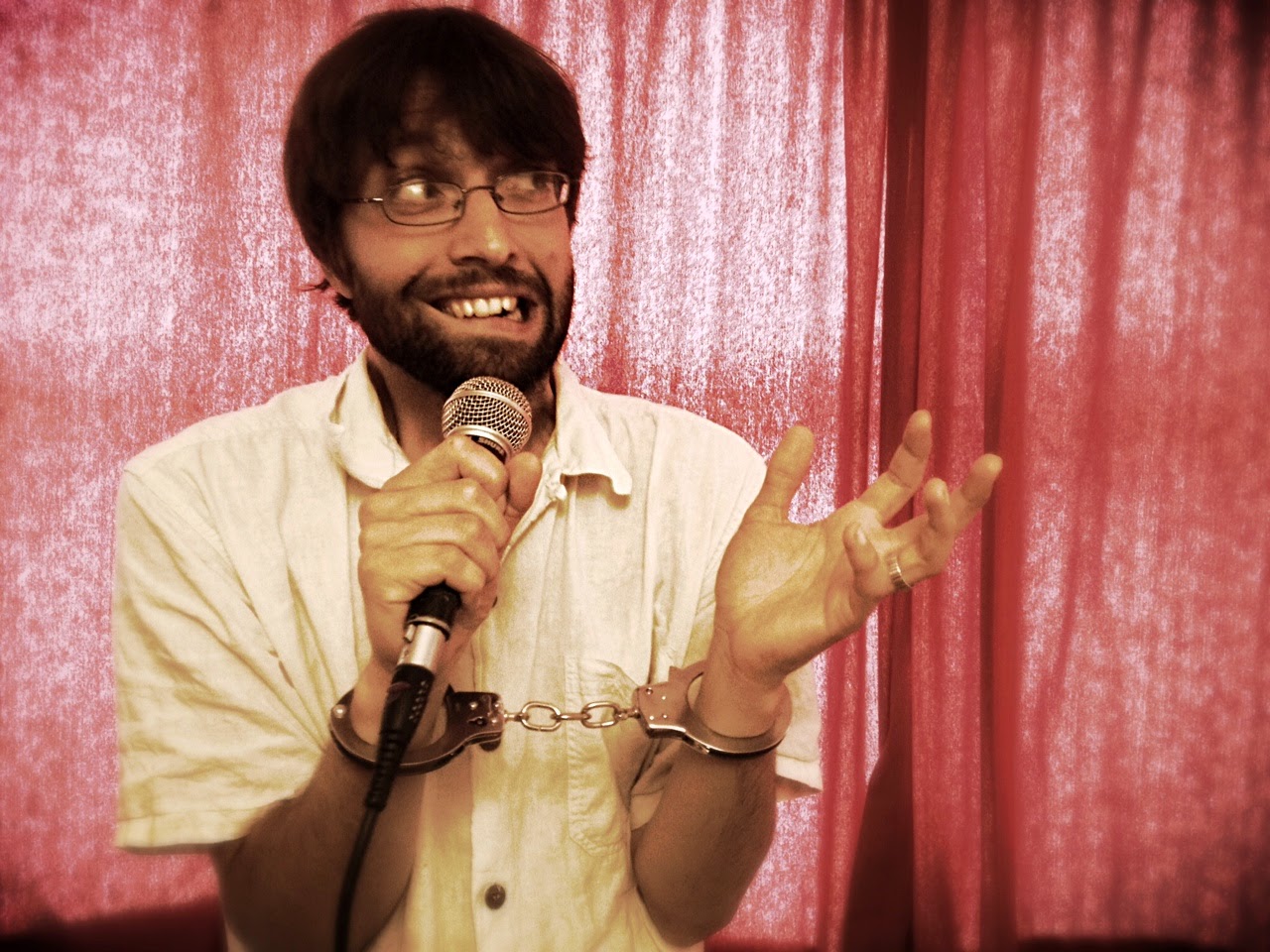 Obviously, the only sensible way to stand up to oppressive police tactics is to turn them into an Edinburgh Fringe show. So now storytelling meets poetry in this darkly funny true tale of rhyming and rebellion, featuring insider stories from anti-fracking protests, outrageous mass arrests and a close encounter with notorious police spy Mark Kennedy.
“Feisty, thought-provoking and politically rounded ... a seriously funny rising star” (New Internationalist Magazine).
Danny Chivers has been performing stand-up poetry since 2006. He’s an Oxford Hammer & Tongue Slam Champion, and was a semi-finalist in the BBC Radio 4 National Poetry Slam. In his first full-length stage show, Danny weaves together lively, humorous poetry with real-life tales of the strange events surrounding his four arrests at environmental and social justice protests.
"I can think of few people who can talk so earnestly about activism whilst keeping an audience in stitches." - Leo Wan, Flipping the Bird theatre company
Danny’s show, “Arrest That Poet!” is part of the PBH FreeFringe.